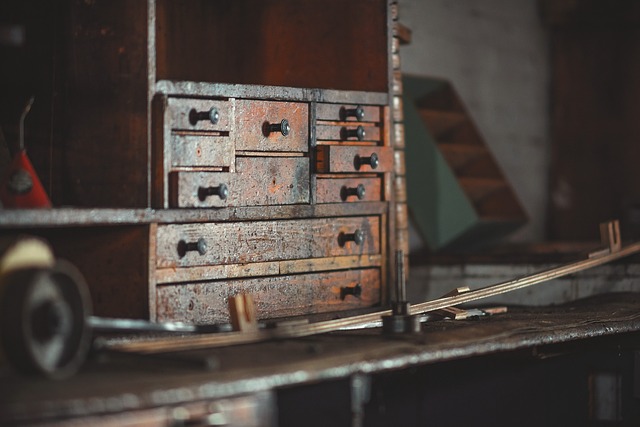 The most powerful set of tools in a Mediator’s tool chest is that of asking questions.  Knowing how to use these tools, when to use these tools, and in what format these tools can be used is critical for not only breaking impasse but also for getting parties to the place of better understanding themselves, the nature of the conflict, as well as where the other party may be coming from.

Before one however flies off at one’s next mediation with a barrage of questions for the parties, one should have regard to what the experts say in respect of the wielding of these powerful tools.

SLOW DOWN WITH THE QUESTIONS

Billy Edy of the High Conflict Institute who is renowned for his pioneering work in the field of high conflict family disputes is of the opinion that:-

“(t)he secret to managing high-conflict clients is to manage your own anxiety.  One of the things that most professionals do when they’re anxious is to ask lots of questions.  It gives the illusion of being in charge and of working on the problem, which distracts us from our fears or uncertainties regarding how to deal with a potentially difficult client.  However, this often makes things worse and interferes with the most important first issue, which is forming a positive working relationship.”

By adopting a relaxed, neutral position, the Mediator increases the likelihood of the parties following suit and modeling his or her behaviour and approach to the process.

“(h)igh conflict clients usually have a history of broken relationships with family, friends, and professionals.  Thus, they feel extremely anxious when seeking the services of a new professional, or being required to use the services of a professional that they don’t want (such as a court evaluator or when required to use a workplace coach).  Their anxiety is contagious so we often catch it and – without even realizing it – pepper them with questions.  Our own anxiety is also contagious so that high conflict clients often increase their resistance to us when peppered with questions, and the power struggle begins – and may never end.

FORM A WORKING RELATIONSHIP WITH THE PARTIES

Generally, a Mediator comes into a dispute with little information as to who the parties are and what their dispute is all about.  Failing to first build rapport with the parties before jumping into the murky waters of a dispute places the entire resolution process in jeopardy with it potentially being terminated, before it has even properly begun.

A Mediator’s primary focus at the commencement of each mediation session must be to build rapport and trust with the parties. This is best achieved by allowing the parties to talk (about what is an issue for them) and by giving them undivided attention. In this way, each party is given the opportunity to build up a sense of trust in the Mediator and in the Mediator’s ability to remain both focused and balanced during the negotiation process.

“(t)o establish a comfort zone for the client so that he or she will feel committed to working with you as an ally, rather than as another person to be mistrusted or attacked.  Ask getting-acquainted types of questions and demonstrate your interest in getting to know your client, more than getting to know the ‘case’ .”

“Only after you have ‘connected’ with your client(s) should you start asking questions relevant to the problem at hand.  However, start with open-ended questions, rather than questions to get to the ‘core’ of the problem, as you see it. You may miss the core of their problem completely if you focus on your perception of the details too soon.  Open-ended questions could be ‘What are your concerns? ’ ‘What are your goals? ’ ‘What’s your picture of a positive outcome to this dispute? ’ ‘What do you think is really going on in this situation?’ ‘How do you think the other person(s) see this dispute? ‘ ‘What questions so you have for me?’ ”

It is essential when asking open-ended questions that a Mediator remains focused on what is being said, even where it would seem that a Party is rambling on about an issue with seemingly little relevance to what is being discussed.  Time and time again these seemingly ‘innocuous ramblings’ in response to an open-ended question, point to important clues as to underlying concerns, fears, and even the type of solution that a party may consider in settlement of their matter. The need to be alert at all times, even when it seems that clients may be digressing from the issue under discussion, cannot be over-emphasized.

It is advisable for a Mediator to briefly summarise what has been said at the end of each person’s communication.  The advantage hereof is that the Mediator then models the process of listen-understand-reflect back, which is intrinsic to a successful negotiation.

Once a general perspective-sharing has taken place, it is advisable to get parties to work on gaining a clear understanding of problems and proposed solutions.  This is done by using focused questions.

It is critical that parties participate as fully as possible in putting forward and considering options and solutions.  Mediators who take on the workload themselves unwittingly put the entire process in jeopardy should the parties not be amenable to the “solutions” offered by the Mediator.

As Bill Edy correctly asserts, “It has to be their solution, not yours”

The stage of proposal consideration should only take place after the parties have had their chance to properly set out their perspectives on the dispute at hand.  Parties who start the process by immediately making proposals should be gently reminding that in order to properly consider the proposal all concerns and perspectives would first need to be ventilated by all the parties present in the Mediation and that as soon as everyone is in a position to move forward, then that person will be first given the option to put forward their proposal.

“If they start out making proposals earlier in the process, you can gently say, “That’s great that you already have a proposal.  Write that down and we’ll get to it very soon when we focus on making proposals.  But first, we need to hear each person’s concerns and goal.”

In cases involving High Conflict Personalities, a good mechanism for getting people into a creative problem-solving mindset is by asking them “What is your Proposal”

Mediators must not be afraid to ask questions concerning the finer details of the proposed agreement.  This is so even if by asking those questions the agreement is put in jeopardy.  If parties cannot work together during the Mediation to resolve the finer details of the proposed agreement it is unlikely, they are going to do so at some later stage when the agreement is finalised and the threat of litigation once again looms.

“If you have worked on their expressed concerns first, then it can be totally appropriate for you to raise other potential issues later on that they may need to address or to think about for the future.  “Have you thought about such-and-such, which often comes up when people are dealing with your type of situation?”  Or “You may want to consult with an expert on ABC before you finalize these decisions. Do you know of someone or would you like a referral?”  As long as you leave the decision-making up to them, you can raise almost any issue.  The Parties are often very appreciative because they are absorbed in the present dispute and unlikely to see the larger picture that you may see.”

To avoid perceptions of bias, use a more balanced questioning style with the Parties such as “What are your thoughts concerning the proposal?“ Where Parties have misgivings concerning a proposal ask “so what do you propose/counter-propose?”

It is essential that a Mediator does not become invested in any one particular solution, otherwise if it doesn’t work the parties will blame the Mediator.  Avoid “how do you feel?” questions.  A Mediator is not sitting in the therapist’s chair and many clients feel uncomfortable with a “feeling” question.  A Mediator should rather ask a Party “so what are your thoughts concerning the proposal?”

Avoid criticism of the parties, they have often had to face so much criticism already that this has led them to become intractable on the issue.  By criticizing a party, a Mediator potentially pushes that party back into their corner where defensiveness is their only perceived option going forward.

Mediators facilitate the negotiation process they do not lead the charge on negotiation.

“Professional usually do better if they talk less and listen more.  By avoiding asking too many questions too soon, and adopting a more patient, step-by-step approach, you can often help high-conflict people reach an agreement help them feel good about themselves, and put less stress on yourself in the process.” (Edy 2011)

See the Article Titles listed under the Mediation Workbox Page for further reading.